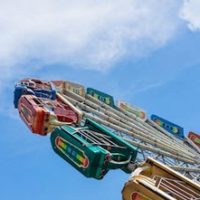 Problems with the Ride?

A 14-year-old boy fell to his death while on a ride in ICON Park, in Orlando, Florida. The ride is considered to be the world’s tallest/highest drop tower ride and passengers are hurled at speeds that exceed 70 miles per hour. Witnesses and reports after the accident point to a number of things that may have contributed to the death.

Eyewitnesses to the accident are saying that although the ride had larger restraints, it did not have a secondary seatbelt as “backup” the way that many rides have. Other reports say that the boy, who was an aspiring football player, weighed far more than the acceptable safe weight limits for the ride, and was over 6 feet tall, and thus, people are now questioning how he was even allowed to be on the ride.

No Federal Laws or Standards

Unfortunately, there are no uniform standards for amusement park rides, safety, or inspections. Rather, every state is left to create its own rules and regulations, leading to a patchwork of safety protocols, and uncertainty for consumers over how safe they are, depending on what state they are in.

The end result is that there are no uniform, national consumer safety laws that protect consumers in amusement parks.

Amusement parks do belong to an industry organization, the International Association of Amusement Parks and Attractions, which does publish some safety standards, but compliance with those standards is largely voluntary.

Add onto all this that many parks may not put much time and effort into employee safety. Even the safest ride in the world is dangerous, if park operators are not attentive, or if they aren’t trained in proper rider safety procedures.

In fairness, considering the number of amusement parks that there are in the country (many of which you don’t hear much about, as they are smaller than the Disney or Universal-type parks), there are relatively few injuries or deaths. One estimate says that you have a 1 in 15 million chance of being seriously injured at an amusement park. But when they do happen, people are left to ask why nobody is doing anything about them.

You Can Sue for Amusement Park Injuries

If someone is injured in an amusement park, the lack of regulations doesn’t mean that a victim cannot sue, and recover damages. Negligence is based on what someone should or should not have done—not on fixed laws. That means that an amusement park can be questioned as to why it didn’t implement safety measures, even if there is no written law that says that they have to do so.

Have you been injured at an amusement park? Call the Boston personal injury lawyers at The Law Office of Joseph Linnehan, Jr. today at 617-275-4200 for help and to answer your questions about your accident.

By Joseph R. Linnehan, Jr. | Posted on April 29, 2022
« Bedsores Can Kill Nursing Home Residents
How Will You Get The Evidence You Need In Your Injury Case? »